has been added to your cart
Continue shoppingCheckout 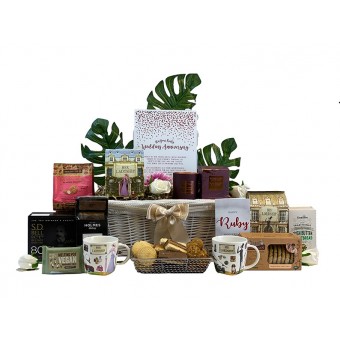 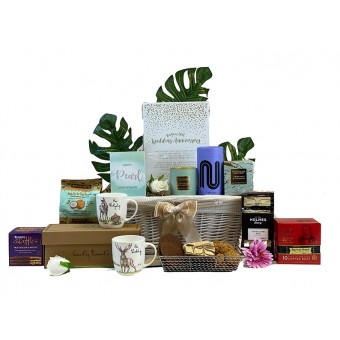 Anniversary Gift designed to be an appropriate way of sending a message of Anniversary Wishes for a wide spectrum of potential Anniversary Dates. If you're seeking Anniversary Gift Ideas, then our Connoisseur Hamper may be an unusual, yet meaningful way of celebrating the special day.
Anniversary Gifts are difficult to buy. They are either only specific to the big Anniversaries which come around every ten years or they only refer to marriages. However there are many other types of Anniversaries and as a general rule, they are poorly catered for.
In terms of ideas for what to send as an Anniversary Gift, we created the Anniversary Connoisseur Hamper. We use The Finest Products, Appropriate Personalisation and Professional Delivery, not just ensuring the gift is assembled perfectly, but that it stays that way on its journey to its destination.
Although the Connoisseur term is more frequently used to describe afficionados of great tasting ability, we've taken the word to bring specific focus to the traditional tea and coffee gift basket design. We've selected Black Tea-bags, Coffee-Bags and then we've gathered in lots of wonderful types of dunking biscuits, which are perfect for going with them. We've rounded off this Anniversary Gift with a Ceramic Inspirational Message Mug and hand-drawn mini Happy Anniversary Iced Cake.
We've placed a special emphasis in this gift hamper on our great tasting Tea and Coffee Bags. We hope that if we've got it right, then the Connoisseur's Anniversary Gift reviews will be overwhelmingly positive in the years to come.

Use the calendar at checkout to choose a delivery date.

Non-Perishable Gift Baskets ordered on a Friday before 3pm GMT will be delivered on Monday. Monday Delivery is not available for Perishable Gifts such as Fresh Fruit & Smoked Salmon Baskets. Deliveries are generally made during working hours, 9am-5pm.
NB* At Christmas time specified delivery dates are met on a best endeavour basis.
Further Delivery Information can be found here

We offer delivery discounts for 2 or more baskets being delivered to the same address, on the same day. This is calculated as full delivery for the first basket and then 50% discount for each subsequent delivery.
For Larger Bulk Deliveries we can offer further delivery discounts, please contact us on corporate@basketsgalore.co.uk

FREE Gift Card with your personalised message can be added during checkout.

All Hamper Baskets are decorated with luxury ribbon & arrive in a presentation delivery carton.

We never ship an invoice or receipt with your order - this is emailed to you.

There are currently no reviews available for this product. Read our customer testimonials

Write Your Own Review

Get the latest news, offers and discounts from Baskets Galore

How can we help?